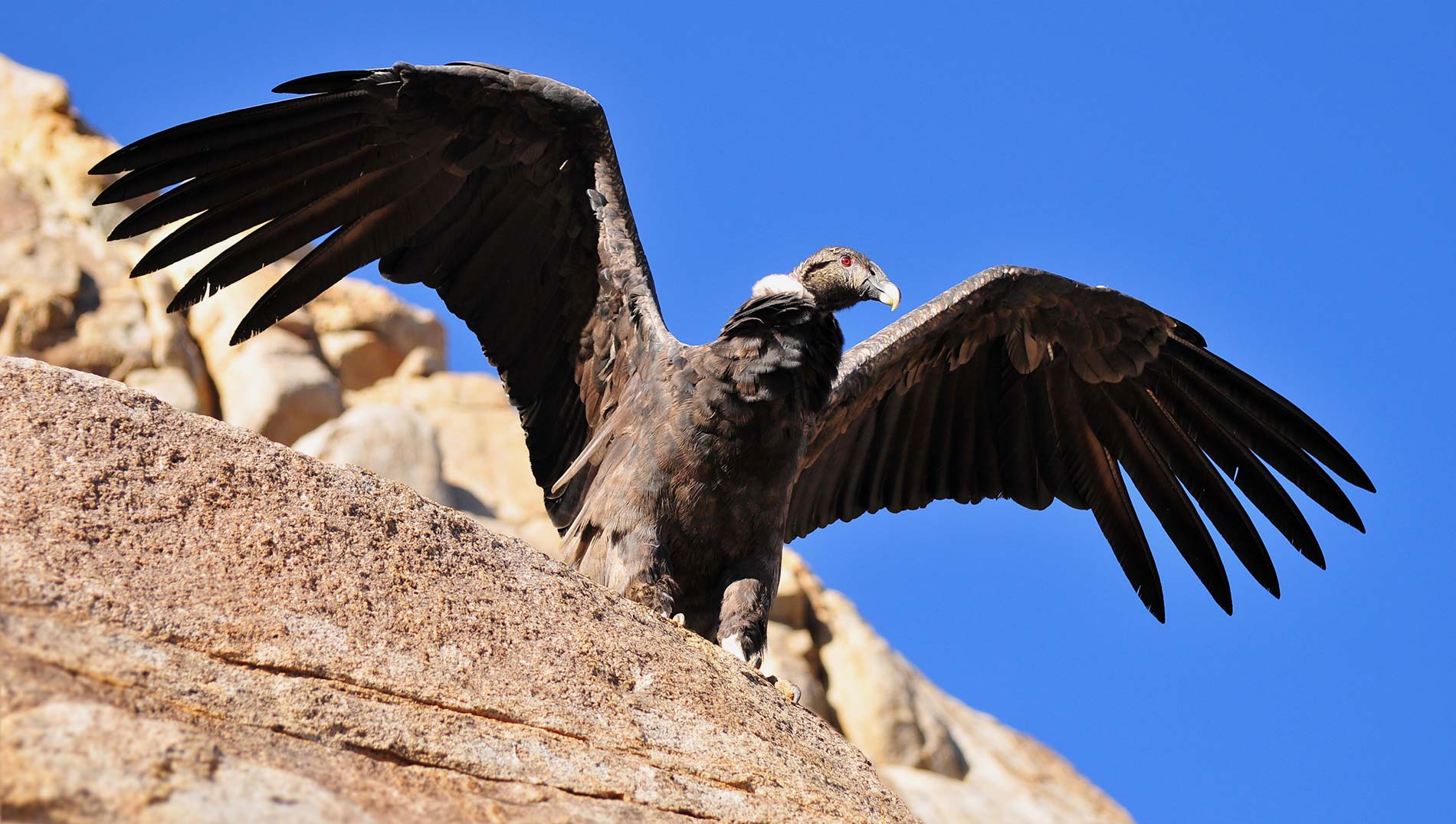 The condor of Las Arenas Valley

There is a wide variety of animals in this valley such as birds, mammals and reptiles; but the one that stands out the most is our beloved national bird, the condor (Vultur gryphus), considered by some to be the largest bird in the world.

Imagine an entire filming crew as if they were shooting a movie. They are surrounded by nature in a beautiful landscape with trees, birds and a river. Suddenly the director shouts “action!” and while shooting the movie he begins to say “Good leaves! Continue absorbing CO2 to produce oxygen! Excellent microscopic organisms continue generating organic material; and you bees continue pollinating those flowers! Let’s go wetlands, filter that water so it’s sweet and potable!»

Then a text appears:

“There are things that are only generated by nature which are essential to life, we cannot see them; it’s not important to see them, only to be aware of them”.

A specific example of what we just described can be found in Las Arenas Valley, located in the inner part of Cajón del Maipo in the Metropolitan Region. There are many wetlands in this High-Andean location. One of the purposes of wetlands is to act as a water filter, eliminating contaminants and environmental pollution. Another function is to act as a savings account, not for money, but for water; this means that it absorbs water (rain, snow and humidity) and gradually releases it. Thanks to this amazing phenomenon we have water flowing through our rivers during the entire year, which is increased during spring due to thaw, allowing us to responsibly enjoy this vital element.

There is a wide variety of animals in this valley such as birds, mammals and reptiles, but the one that stands out the most is our beloved national bird, the condor (Vultur gryphus). It is considered by some to be the largest bird in the world (wingspan), although others state that it competes with the wandering albatross (Diomedea exulans); ultimately, it will depend on the specific specimen and the source consulted. The condor can mostly be found all across the Andes Mountain Range; it generally feeds on carrion (dead animals). Like the majority of species that inhabit this earth, there are male and female specimens, in this particular species the former boasts a red crest on its head and is larger in size than the female. 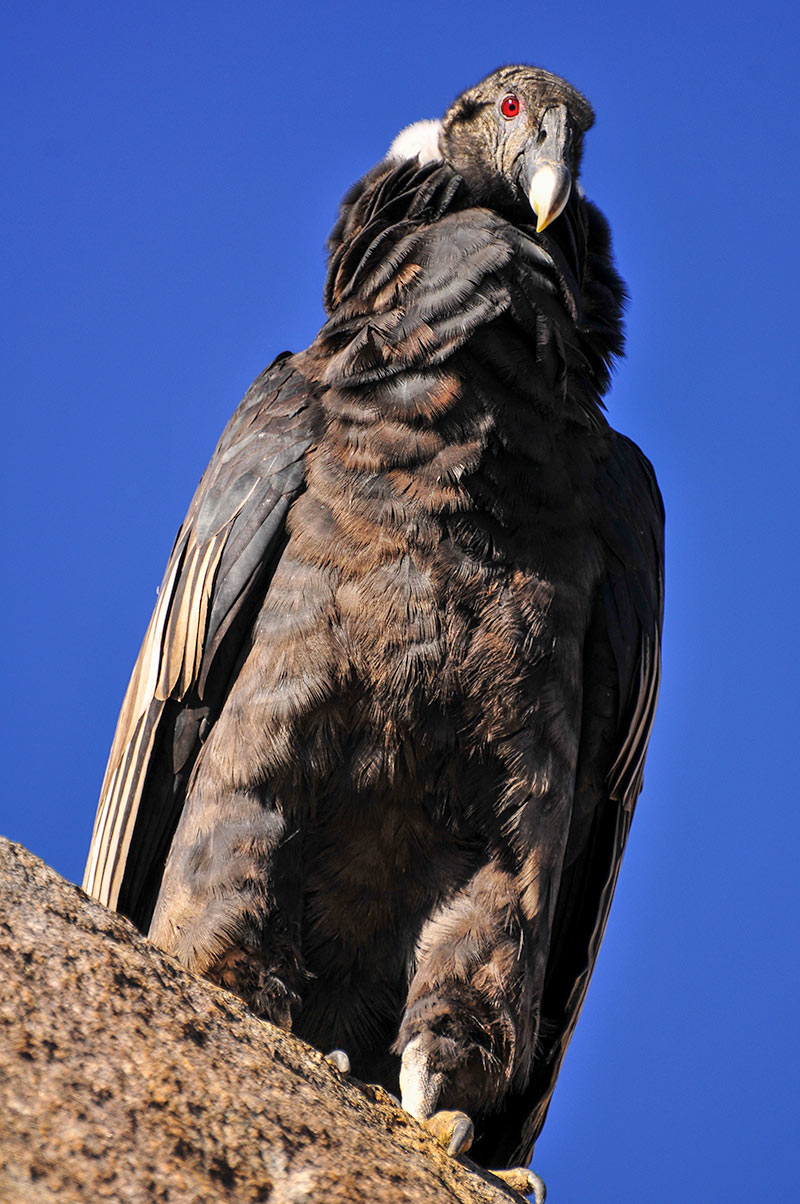 Just as wetlands clean contaminants from the water, the condor cleans the land by feeding on dead animals it finds. For example, if an animal dies and falls into a river, it will start to decompose and may excrete bacteria harmful for humans. This is where the condor becomes an ecosystem cleaner.

Nothing is random, all species are vital for this world.

We invite you to explore and search for condors, join us in a hike from Las Arenas Valley up to El Morado Hanging Glacier. 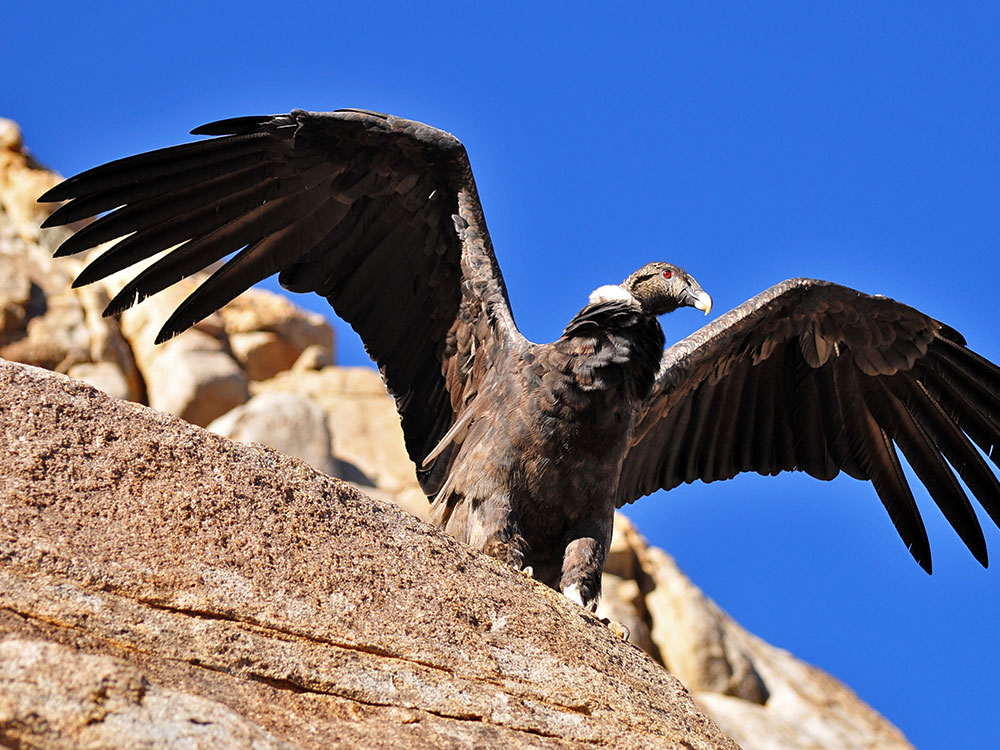 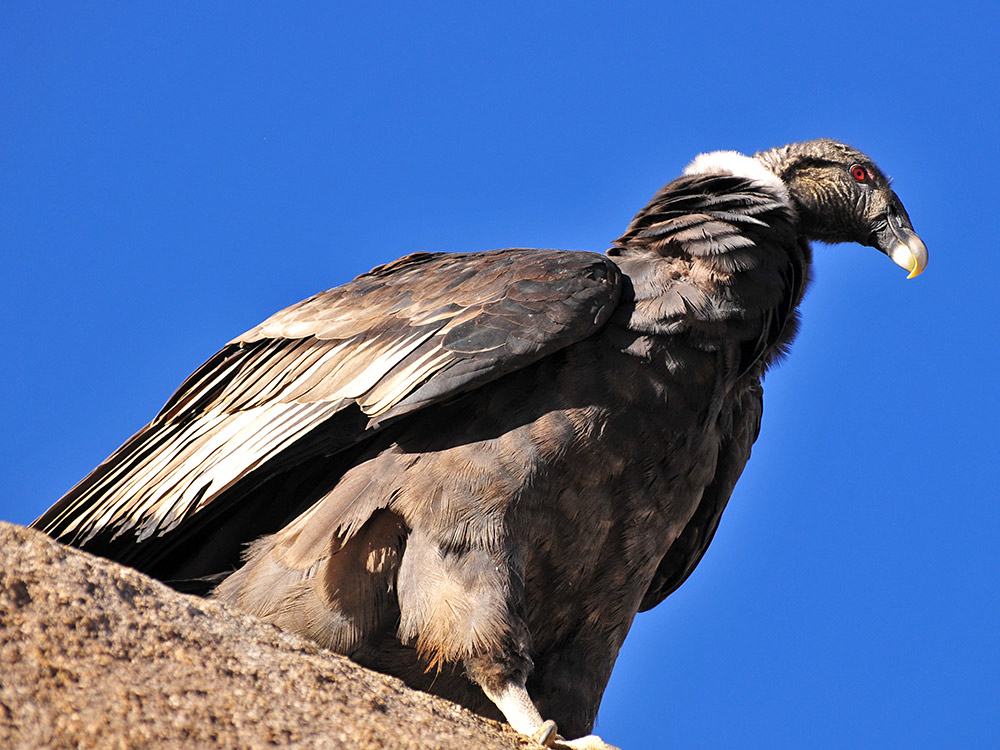 Female condor specimen, unlike the male she does not boasts a red crest. 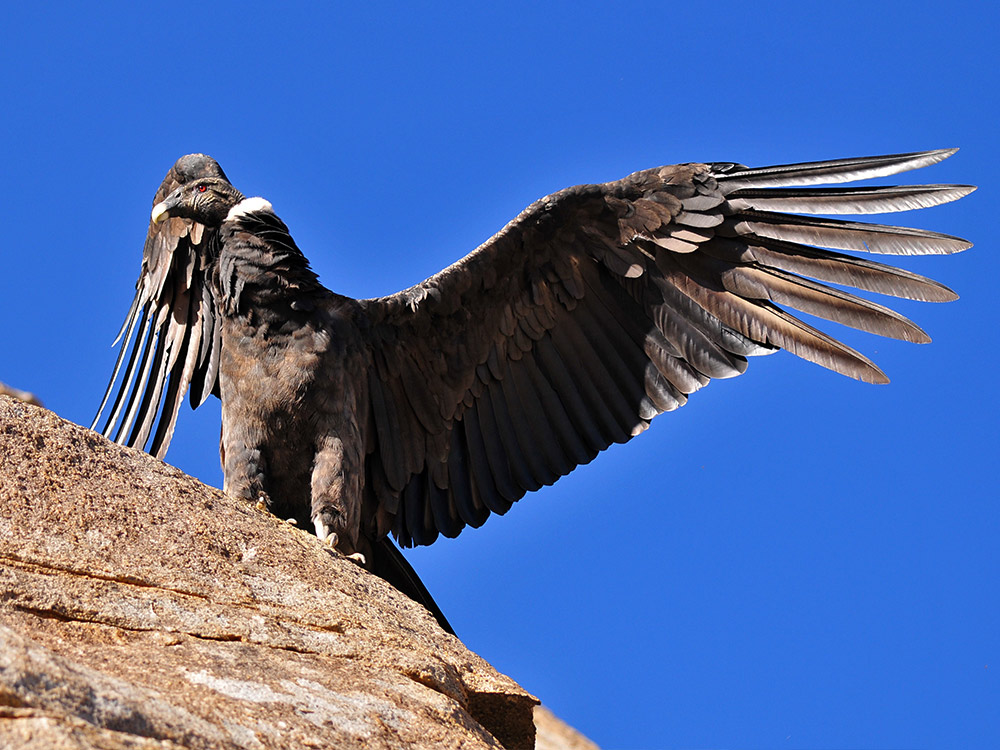 The condor can mostly be found all across the Andes Mountain Range. 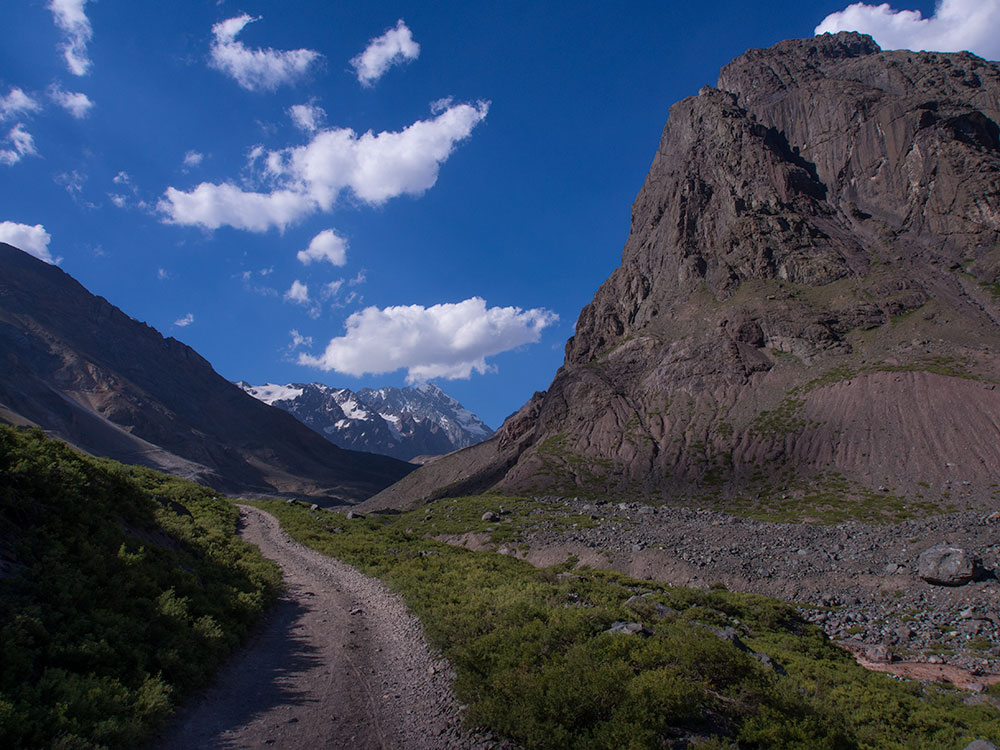 The hike starts up the river, enclosed by the mountains through the valley of Las Arenas, in english 'The Sands'. Cajón del Maipo, Chile. 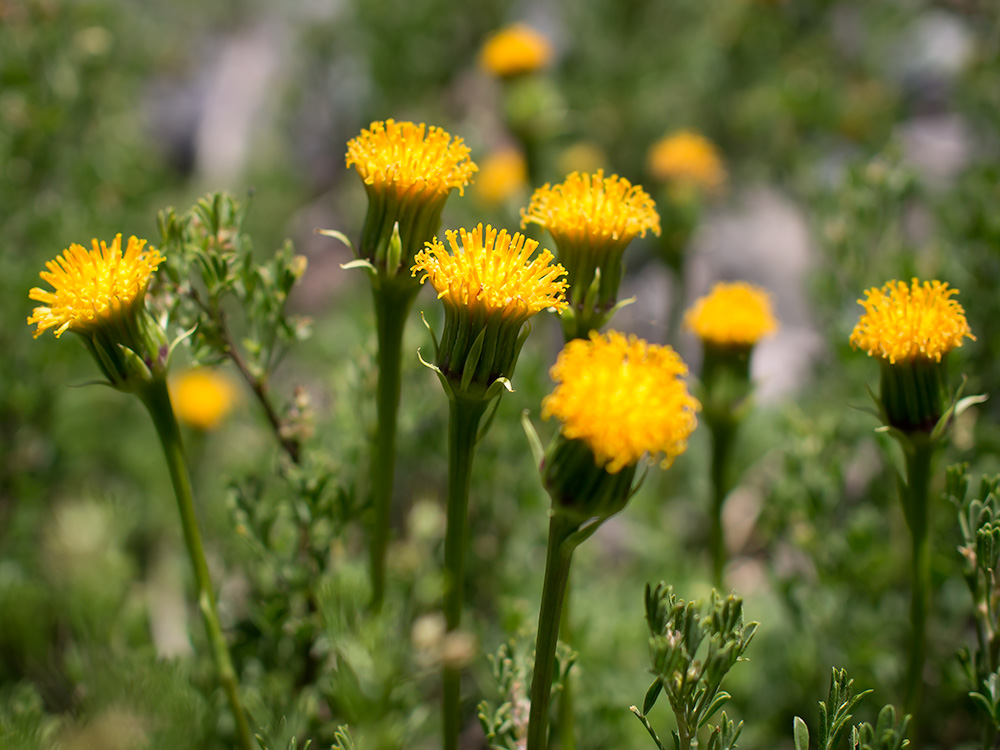 Other andean flower of the Senecio genus resistent to extreme conditions. 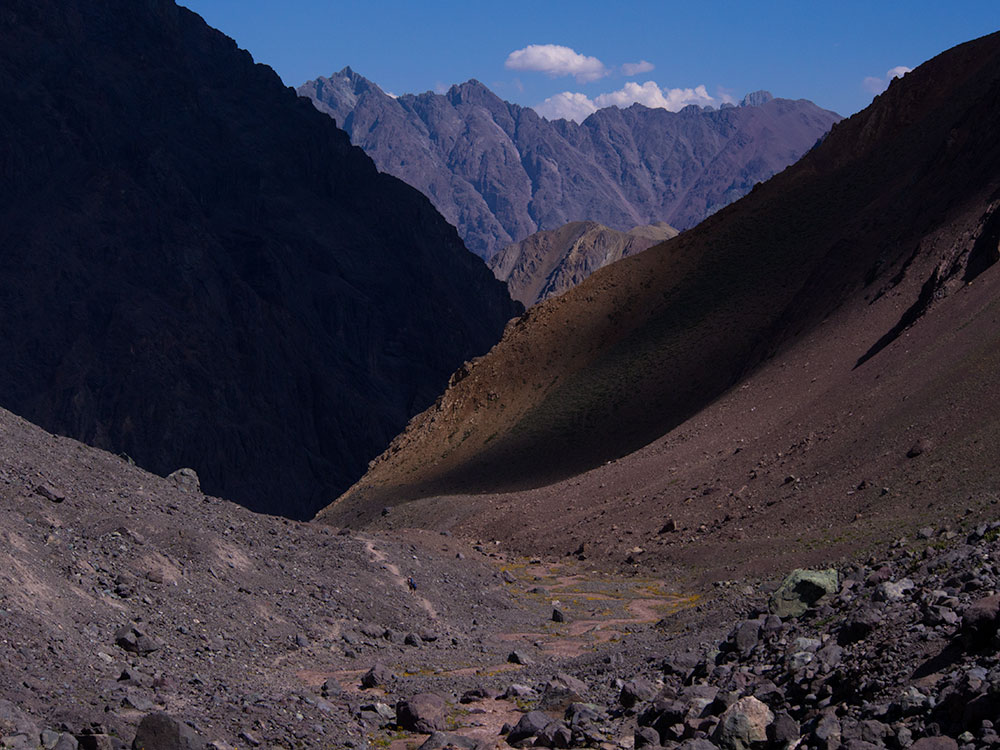 Some clouds floated above the valley darkening the mountains and forming different shapes of the scenery.