Let’s cross «La Campana National Park» hiking through the Chilean Palm Forest, and explore these lands of great biodiversity, like Charles Darwin did in 1834.

This activity offers the chance to contemplate and be enchanted by a great biodiversity of flora characteristic of the Chilean mediterranean climate, just an hour and a half from Santiago, set at the Coastal Mountain Range.

The excursion begins at the northern sector of La Campana National Park, which was declared a Biosphere Reserve by UNESCO in 1985. From there we will begin the hike that cross the whole protect area heading south toward Olmué, where our driver will be waiting us to return back to Santiago.

The first stage consists of three hours hiking going up through a beautiful trail surrounded by sclerophyll species and Chilean Palms (Jubaea chilensis) among others.

Following the trail we will reach the Ocoa Hill pass, an excellent spot for lunch and rest while enjoying beautiful views that the place offers. Later, we will begin descent towards the traditional town of Olmué passing among a Santiago oak forest (Nothofagus obliqua var. macrocarpa) which is one of the northernmost relict oak trees.

We invite you to be part of this excursion of excellence and have an exciting encounter with central Chile´s wildlife, hoping your experience with us will become a lifelong memory.

Note: Between April and June mushrooms can be found, like the fungi we photographed Oct 2nd 2016. 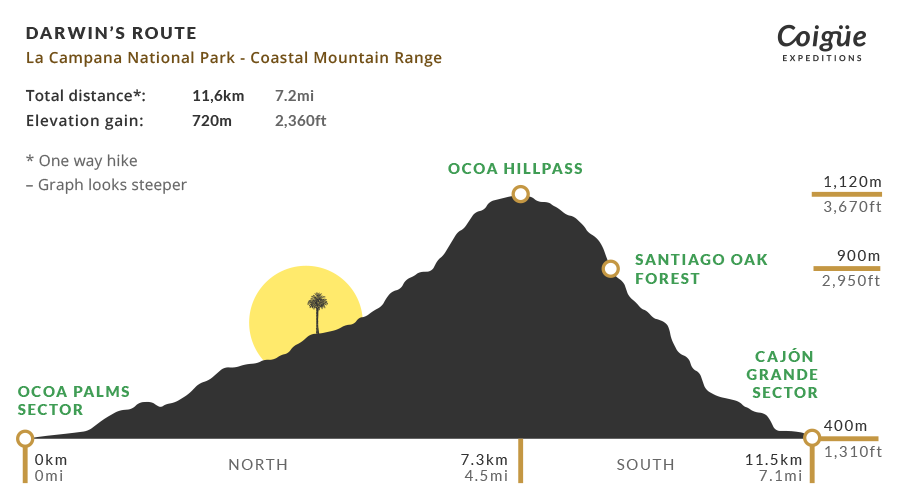 The hike starts off in a beautiful dry area, clear skys and a view of the silhouetted layers of mountains in the distance. There are the towering palm trees and cacti giving a view that seems reminiscent of Jurassic Park. 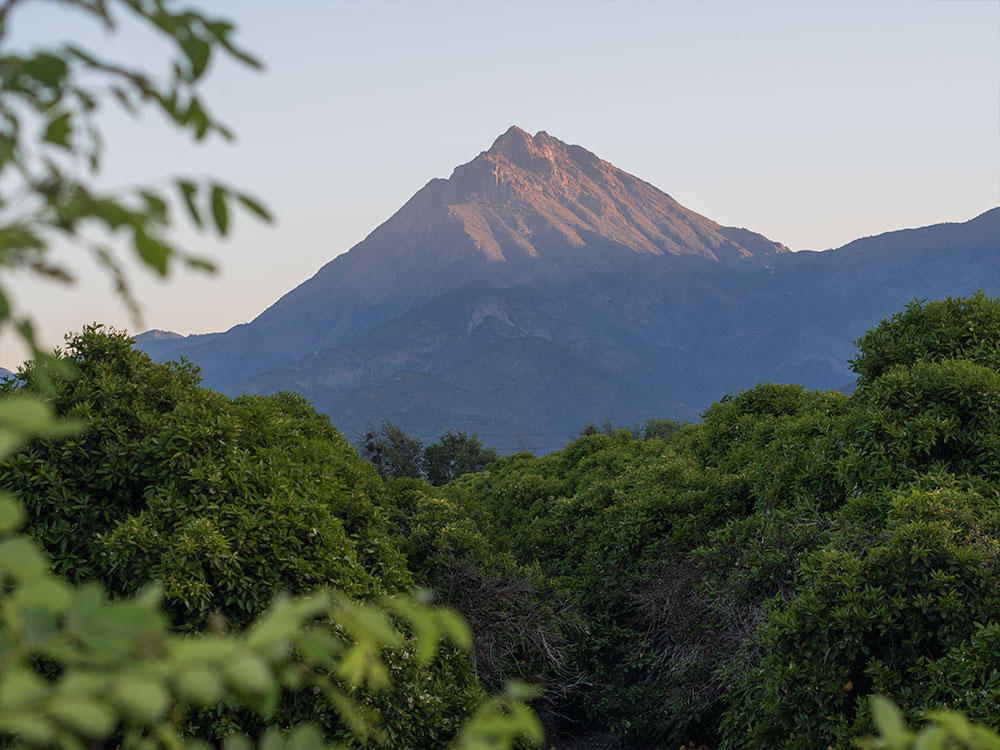 Sunset view of one of the highest peaks of the Coastal Range minutes before arriving La Campana National Park, named by the mountain which means The Bell. 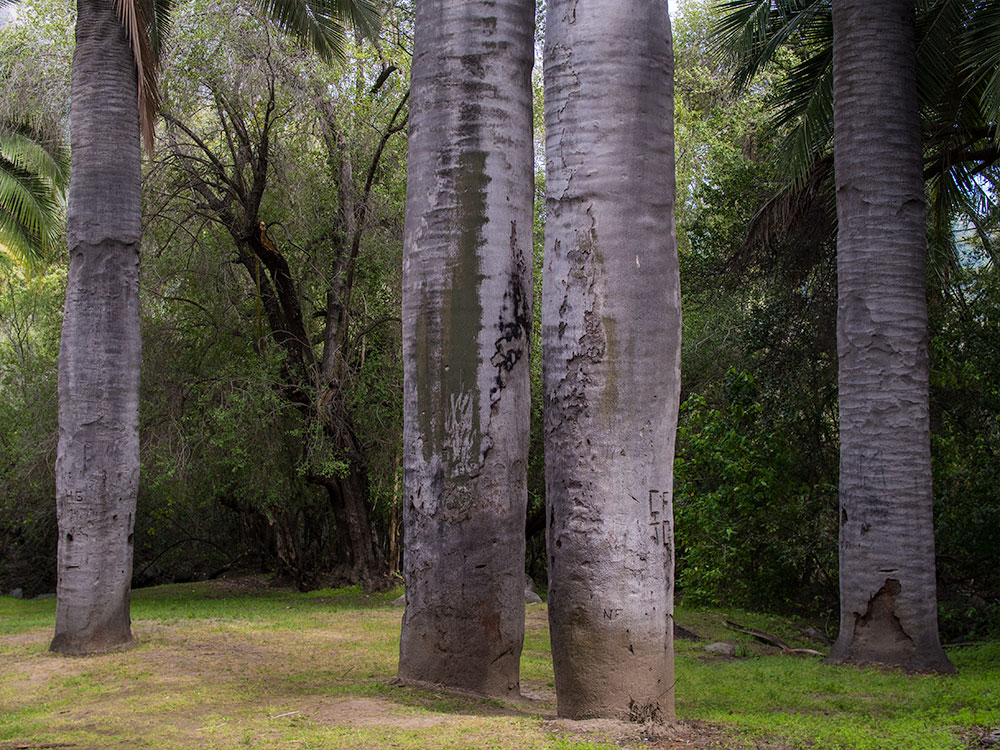 The sup from the trunk is boiled down into a syrup called locally 'miel de palma' (palm honey), and the seeds and coconuts are used confectionery. 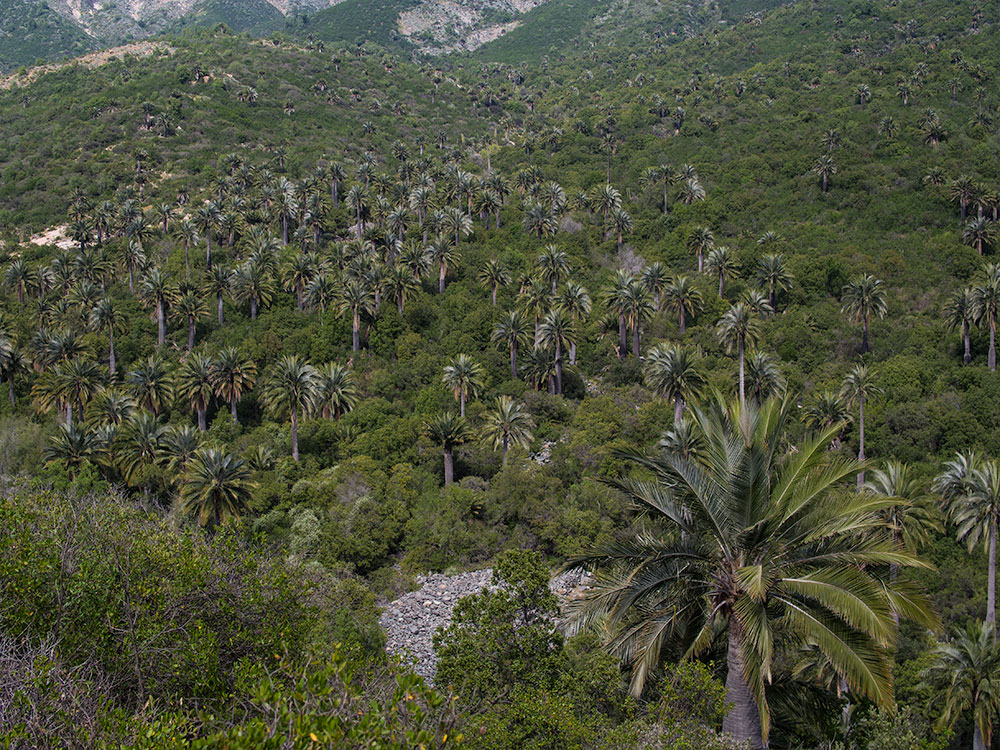 This natural forest has the highest number of chilean palms. Jubaea chilensis, endemic of Chile, is the most austral continental palm of the world.

Great view of the Chilean Palm Forest at the feet of La Campana Mountain from the Ocoa sector. 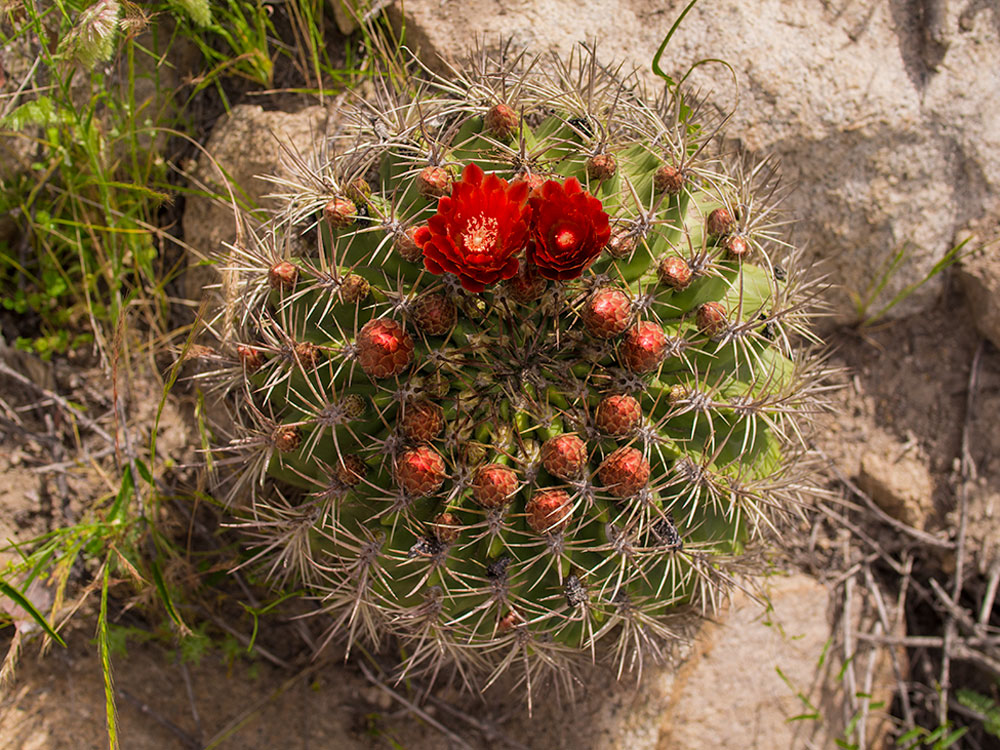 You can find the Eriosyce curvispina, known locally as 'Quisquito', at the north facing slopes of the Andes and the Coastal Range of central Chile. 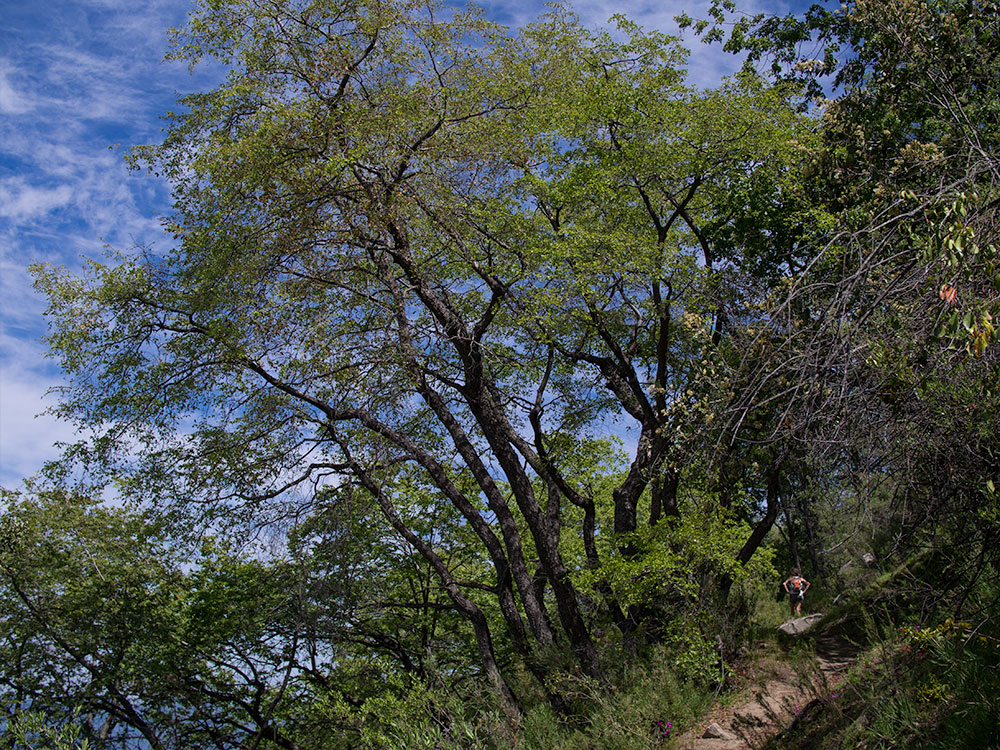 A wonderful south facing oak tree accompanies Trinidad in her path towards the Olmué commune. 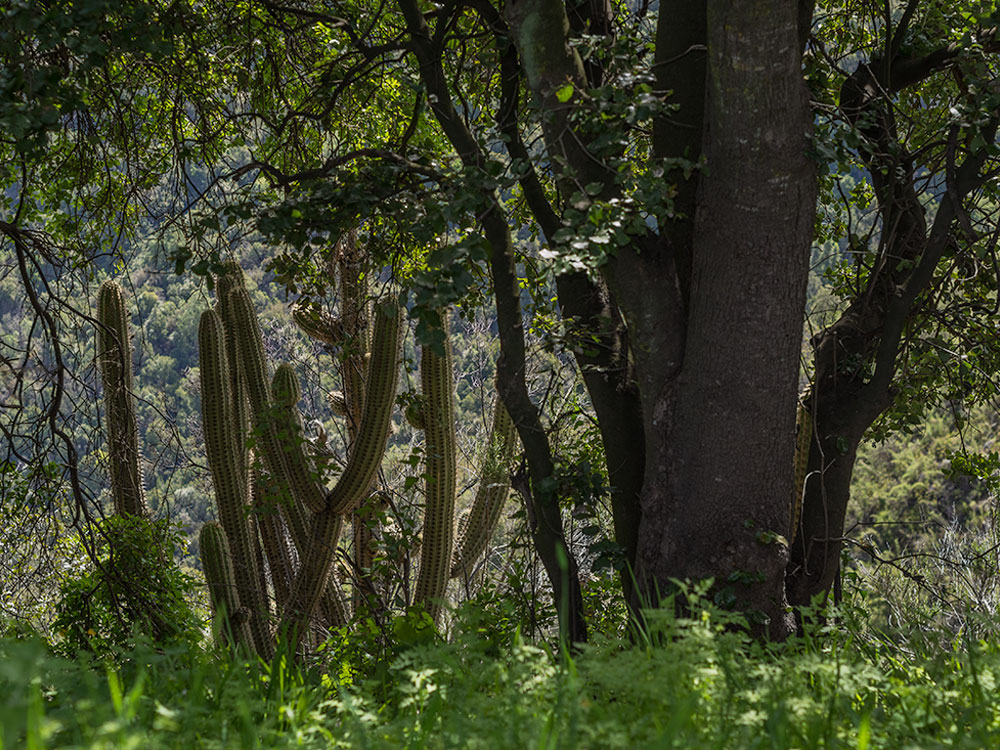 A quisco cactus near an oak tree facing Olmue town in the afternoon at La Campana National Park. 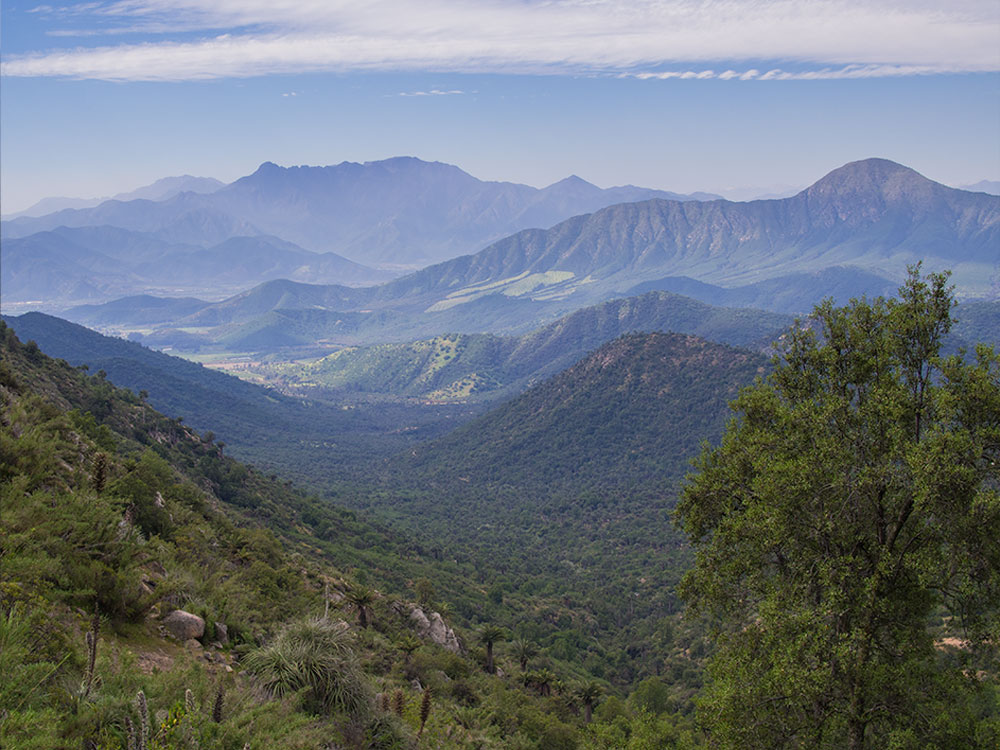 Panoramic view towards Quillota from a few meters below the Ocoa hillpass. The coastal range is older than the Andes. 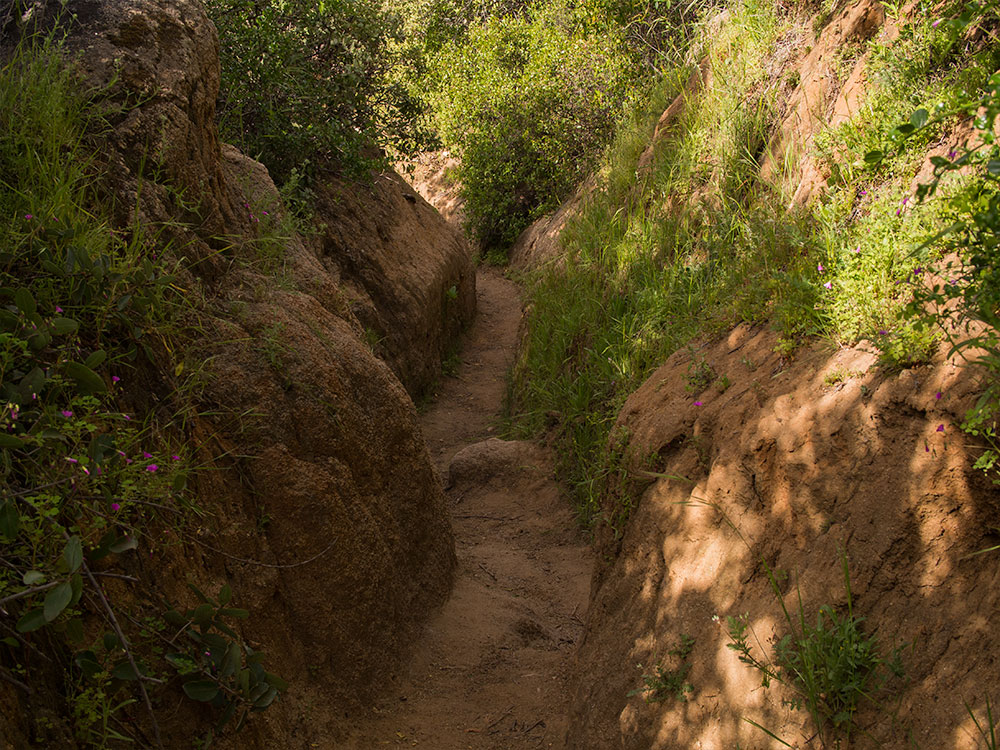 After almost an hour of hiking the route narrows into this smooth serpent-like path.

Other hikes / View All